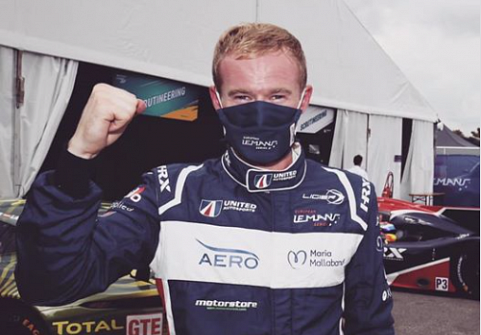 United Autosports scored two wins at Paul Ricard on Sunday as the #32 crew of Alex Brundle, Will Owen and Job van Uitert won the 4 Hours of Le Castellet, while the #2 crew of Wayne Boyd, Tom Gamble and Rob Wheldon also took home the LMP3 class win.

In LMP3, Tom Gamble, in his first ELMS LMP3 race made a fantastic start from pole position and pulled out a lead ahead of the rest of the LMP3 class, which he maintained throughout his stint. Tom also scored the fastest lap of the race during his opening stint. He handed the #2 Ligier JS P320 over to Rob Wheldon with nearly an hour of the race gone. Rob drove a fantastic stint in his maiden ELMS race and his first outing with United Autosports. Handing the car over to Wayne Boyd for the final part of the race in second, Wayne began hunting down the leading LMP3 car, catching and passing him with 18 minutes of the race left to run. Wayne brought the #2 car home to take the opening LMP3 race win of the 2020 ELMS.

Wayne Boyd – “I’m absolutely delighted for everyone, particularly the boys who basically did an all-nighter to get the car ready so a massive thanks to them. We have been fast all week in testing, qualifying on pole and our race pace was strong. All three of us did a mega job. Our strategy was great too. I’m looking forward to Spa now. One of my favourite tracks. What a perfect start.”