Kirkistown Race Circuit is located near the bottom of the Ards Peninsula in County Down, Northern Ireland. It is based on a small part of an ex-WW2 R.A.F. airfield. The R.A.F. passed the airfield on to the Navy towards the end of the war. Of course, being the Navy, they immediately declared it a ship and named it H.M.S. Corncrake II. Although not in use as an airfield these days, it still has an official call sign.

In 1953 the Five Hundred Motor Racing Club of Ireland leased the land so that the members would have a permanent circuit on which to race their cars. This state of affairs lasted until the 1970s when the opportunity arose to buy the circuit outright.

Today, Kirkistown is the only club-owned and operated circuit in the British Isles.

In recent years a development programme has resulted in a new Clubhouse, pit garages, a scrutineering bay and a new Paddock toilet block with showers and a dedicated room for marshals. Further improvements are planned for the years ahead. 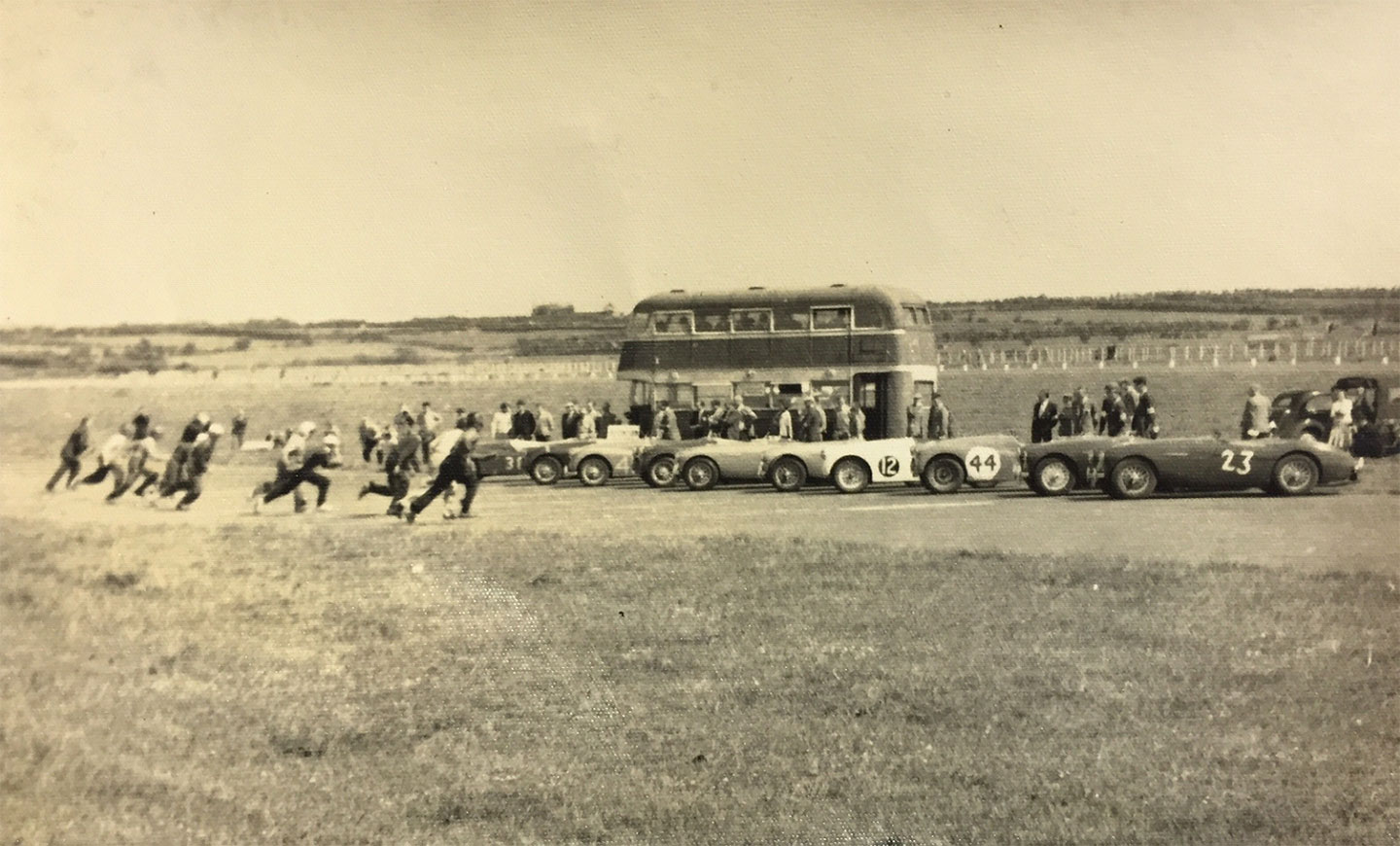 The way it used to be... This photograph is from August 1956 and shows the start of a race for Austin Healeys and Triumph TR2s. The bus wasn’t in the race – it was used for race control in those days. The current Control Tower now occupies the site.

The lay out of the circuit is largely unchanged from those early days. On passing the start line, one almost immediately turns into an extremely fast left hand sweep called Debtor’s Dip. The brave and the foolish take this flat out in top gear on a flying lap. In the current lap record holder, Philip Shields’, 4L Dallara, this translates to 180 MPH! 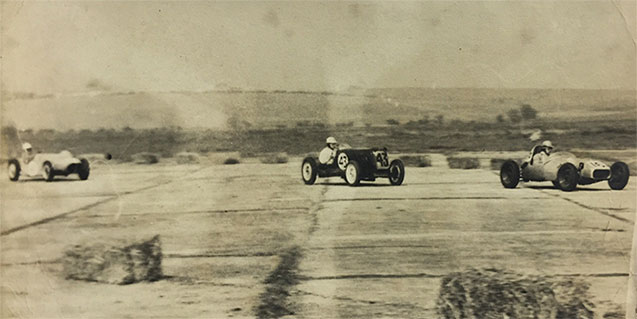 This photograph is taken at Colonial One and shows three Ford Specials in what was then the “1172” Formula. Both of these pictures have come from the collection of Mike Todd.

From this insane speed one has to brake down to approximately 60 MPH for the right-hander called Colonial One. In the early seventies this corner was modified to cope with the rising approach speeds. It was brought forward and eased slightly, making it faster and giving a longer run-off for those having difficulties getting slowed. The old track is still there and when drivers talk about, “Going the long way round at Colonial.” they mean that they couldn’t get slowed enough to make the corner.

This photograph by Ian Lynas shows Paul McMorran in his Crosslé 32F negotiating the Colonial complex. The old track can be seen in the background.

Following a short straight one arrives at the long right-hander known as Fisherman’s (after the fishermen from Portavogie, who used to dry their nets on the hedge). This is a tricky bend with a very late turn-in. The exit leads onto another short straight to the Crosslé Chicane, named after John Crosslé who built the famous eponymous cars.

The Chicane was added to the circuit in the late seventies as, once again, with rising speeds and limited run-off area at the end of the three quarter mile straight, it was deemed a necessary safety measure. There have been two iterations of the Chicane and the result is that the following straight has “moved” half a width infield from the original lay out.

At the end of the straight lies Maguires Hairpin – one of the best overtaking spots on the lap, and very tight initially, before easing onto the front straight 180 degrees later.

For some years the origin of the name was ‘lost’ and posed many questions….

“Why was the Hairpin named after him?"

“What did he do to warrant this?”

The ‘founding fathers’ having long since passed away, nobody from the recent past had any idea until, almost seven decades later, the Club received an e-mail which provided the answer.

It came from the grandson of William Maguire, from Glengormley, who was one of the original Club members and raced his Mercury Special, a fearsome V8-egined beast which, like many cars in the early fifties, had plenty of power but uncertain brakes!

Johnny Maguire, the man who got in touch, told us that, according to family lore, William crashed at the Hairpin – possibly more than once – when the Mercury proved to have more ‘go’ than ‘stop’, with the result that the Club at the time decided to name the corner after him! 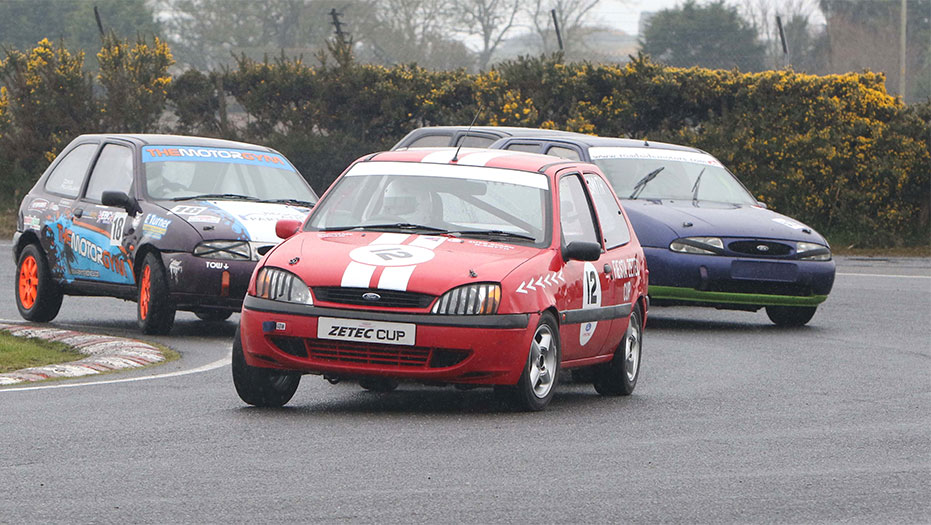 Maguire's Harpin remains a challenge to this day! The picture by Ian Lynas shows the various racing lines utilised by the drivers in the Kirkistown Fiesta Zetec Championship. Roy Smyth leads this group.

The exit of this corner leads back onto the start and finish straight and when one crosses the finish line one has covered 1.53 miles during the lap.