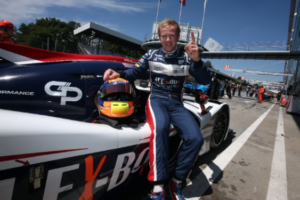 United Autosports returns to Spa-Francorchamps for a double-race weekend, with the return of the the Michelin Le Mans Cup series for the final two rounds of the season.

After a lengthy break for the four Ligier JS P320 entries, the last race in Monza back in July, the whole team and drivers are refreshed and ready to get back racing at the Belgian iconic circuit.

After an impressive qualifying performance from John Schauerman at Monza, running in the top 10 for the majority of the race, and Wayne setting fastest laps, the #23 crew look favoured to have another strong weekend at Spa and continue to fight their way back into championship contention.

Wayne Boyd:
“I’m really looking forward to Spa after such a long summer break. It’s definitely my favourite track we go to and we’ve had a great success there too. We had a great test a couple of weeks ago to get back into the swing of things so I’m sure we’ll hit the ground running and be on for a good result!”