Honestly, People Who Have Raced At Kirkistown Are Not All Mad! 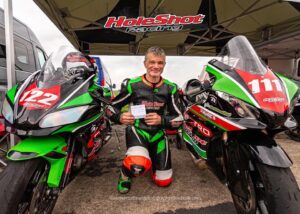 At Kirkistown, we all love speed.  It is why the track was commissioned.

Some of the people who have raced at our track have gone on to race elsewhere at some very fast speeds indeed.

Last weekend we had Wayne Boyd hurtling towards Indianapolis Corner at Le Mans at close on 200MPH!

Joey Dunlop, Philip McCallen, Michael Dunlop and others have also been around the 200MPH mark at the TT.

But then there is an exceptional kind of crazy!

Jack Frost, who has raced cars at Kirkistown and also built many of the engines in bike engined racing cars, has recently been clocked at 269.759MPH on his bike at a drag race meeting at Elvington. 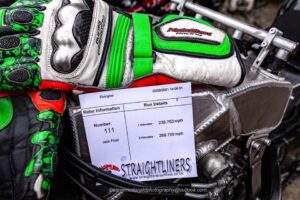 Posted in Other News
Manage Cookie Consent
We use cookies to optimise our website and our service.
Manage options Manage services Manage vendors Read more about these purposes
Preferences
{title} {title} {title}
Scroll to Top