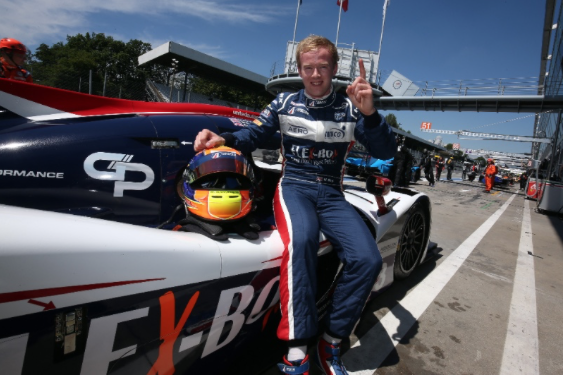 2 (GG) and #3 (MB) began from first and fifth places but with a little over 5 minutes gone, #3 and #2 lay P1 and P2, positions they maintained until their first scheduled pit-stops on the hour, Buncombe (#3) and McGuire (#2) resuming P1 and P2 respectively. #3 lost the class lead approaching mid-distance moments before serving a drive-through penalty for exceeding track limits, resuming P2 – 26 seconds down on the class leading #13 – #3 running P5.

Van Berlo took over #3 with just under two hours to run while Boyd was in the #2 minutes later, leap-frogging the #13 to re-take the class lead during the pit-stop phase. With an hour left, #2 led by 65 seconds with #3 having impressively fought its way from P6 into to P3. #2 made its final stop with 47 minutes to run, Buncombe climbing back aboard, P3 Van Berlo having stopped earlier for the last time, the Dutchman’s pace restricted in the final 30 minutes due to a broken exhaust which in turn caused a gearbox issue resulting in an unlucky and unrepresentative P5 finish with #2 over a lap ahead of its rivals at the finish. Wayne Boyd (GB), driver car #2, United Autosports: Born: Belfast, Northern Ireland. Lives: Templepatrick, Northern Ireland. Age: 28 “Over the moon with the win and much needed to get our championship aspirations back on track. I was delighted to claim the additional point for pole yesterday, managing to hook up a good lap and so it’s been a great event for me personally. I was really happy with my stint and to record the fastest LMP3 lap of the race. Couldn’t get much better really!”